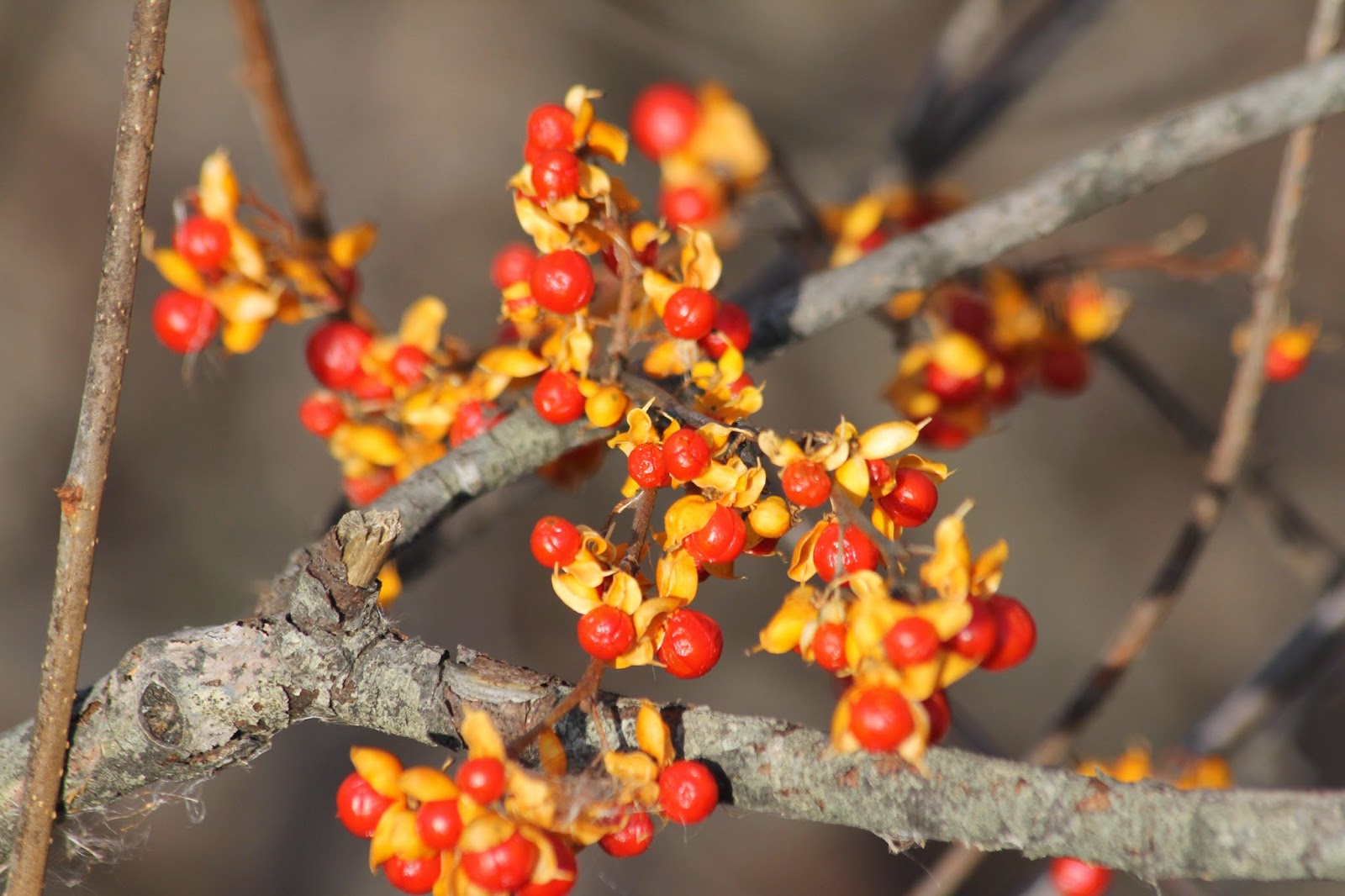 Not much natural color left at this point in the season, and some of what remains is also invasive, an example here grasping around the branches of the tree that it's occupying.
Posted by jl at 4:14 PM No comments:

People travel regionally and from far away to see and photograph fall foliage colors in New England, and it's always a season and opportunity that I look forward to.  I'm used to thinking of the variety mostly at the level of trees or between leaves within a tree, though, which made me find the set of colors within this single hobblebush leaf particularly striking.  My wife thought that it looked like a miniature patchwork quilt. 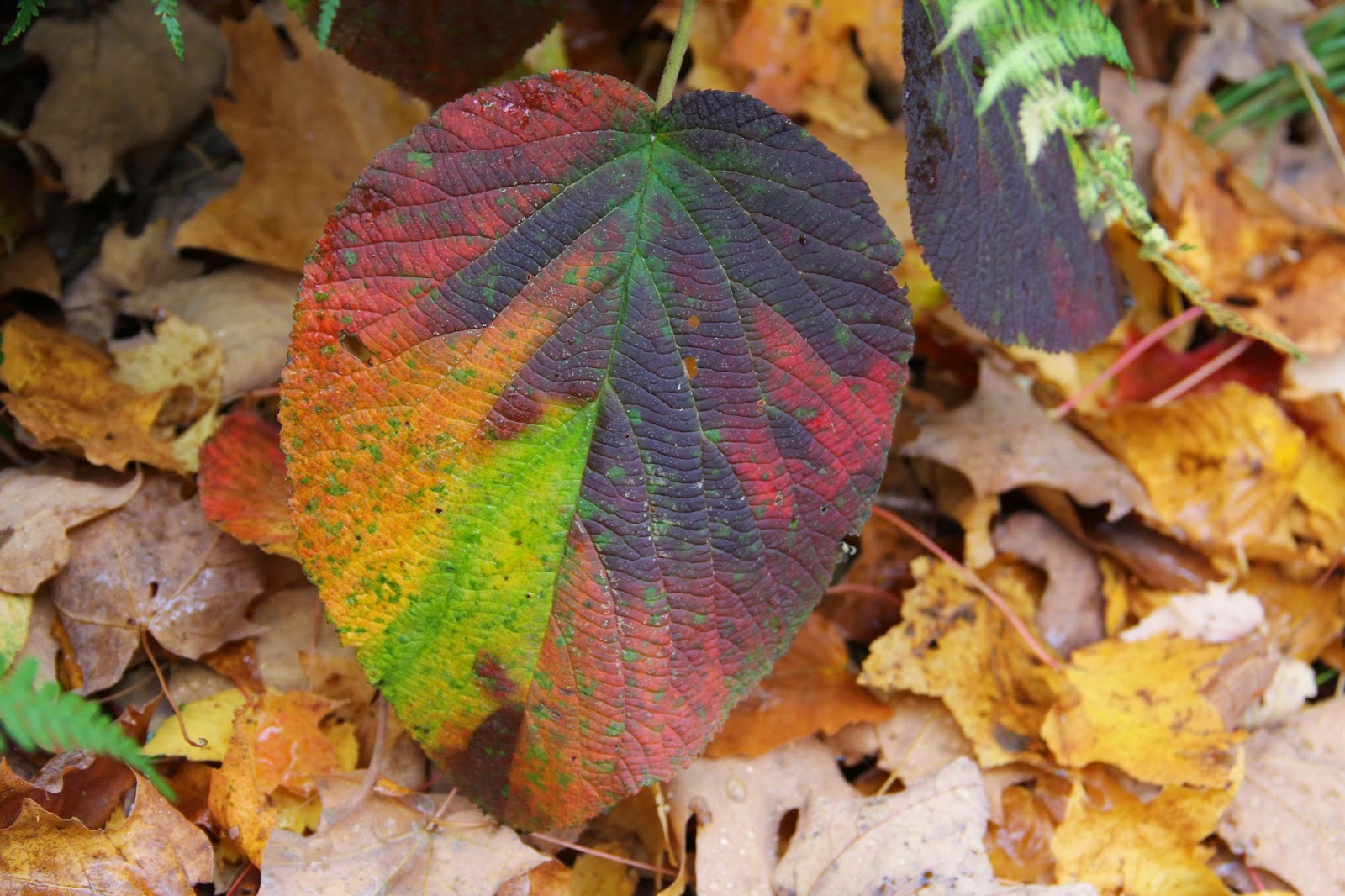 I hadn't known that dragonflies appear to have cartoon-like faces 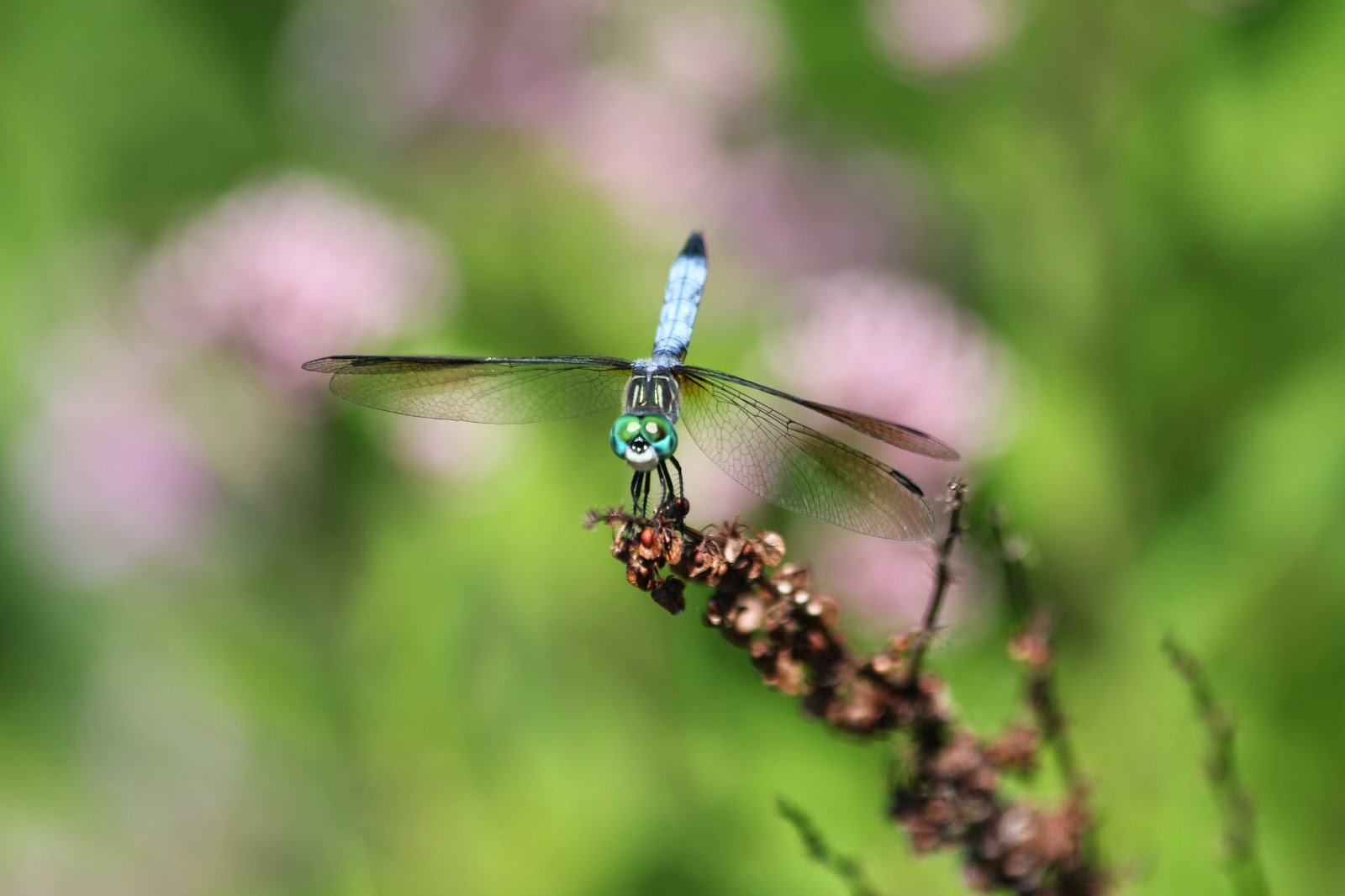 ... but today I discovered that they can.  Hat tip to the subject for perching long enough for me to be able to capture the image.

Back on a saddle, again; revisiting the Nashua River trail

I've enjoyed cycling for many years, though not as a group activity or at a competitive level.  I'm perhaps the perfect candidate for rail trails, as they're smooth, generally flat, and sometimes scenic.  My cycling routine got interrupted last summer; since then, I've been out and about on foot regularly, often for photography, but I'd been uncertain about how I'd do back on the pedals.  This morning, I decided to try, revisiting one of my favorites, the Nashua River Rail Trail, starting northward from Groton, Massachusetts. 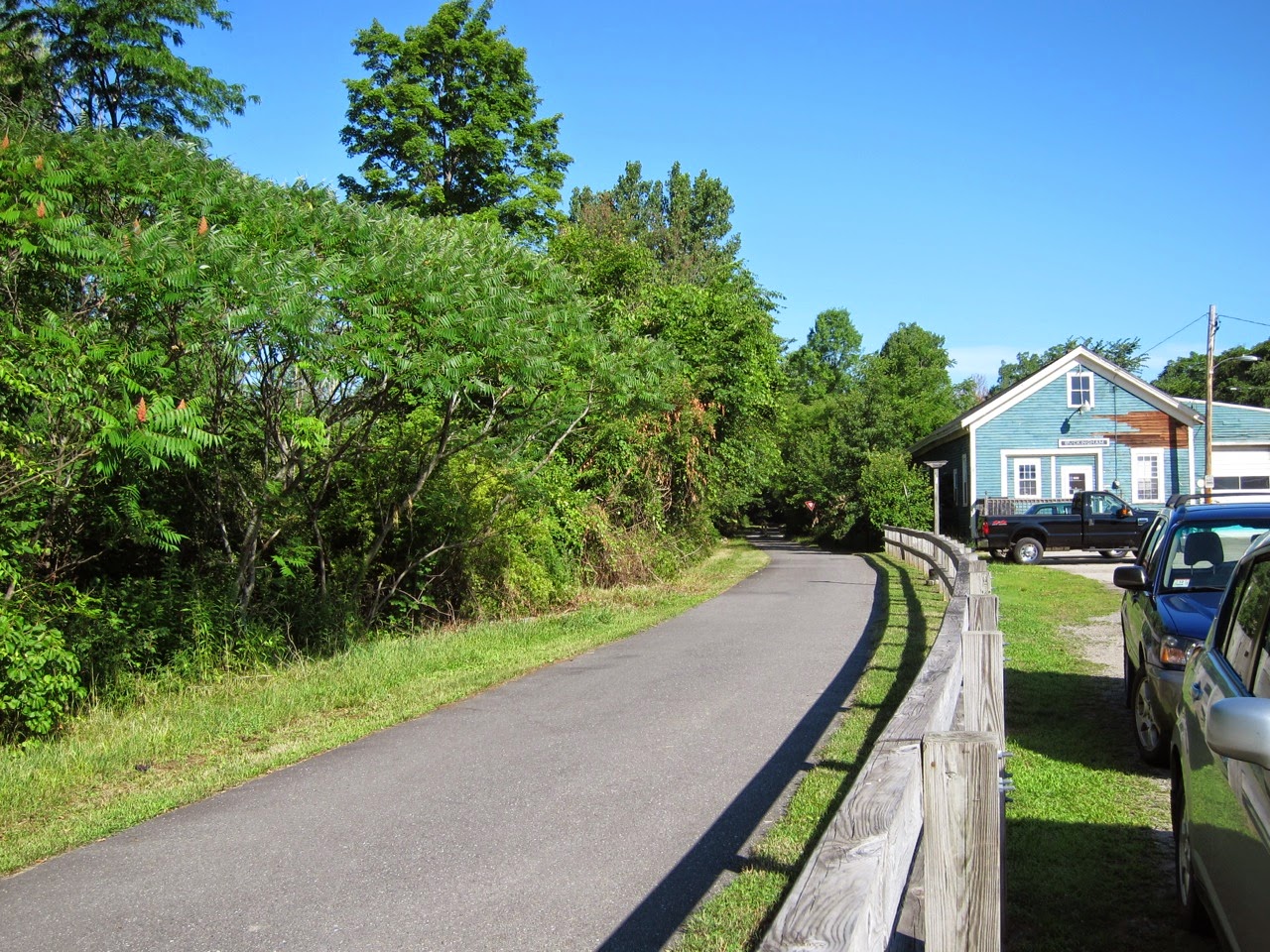 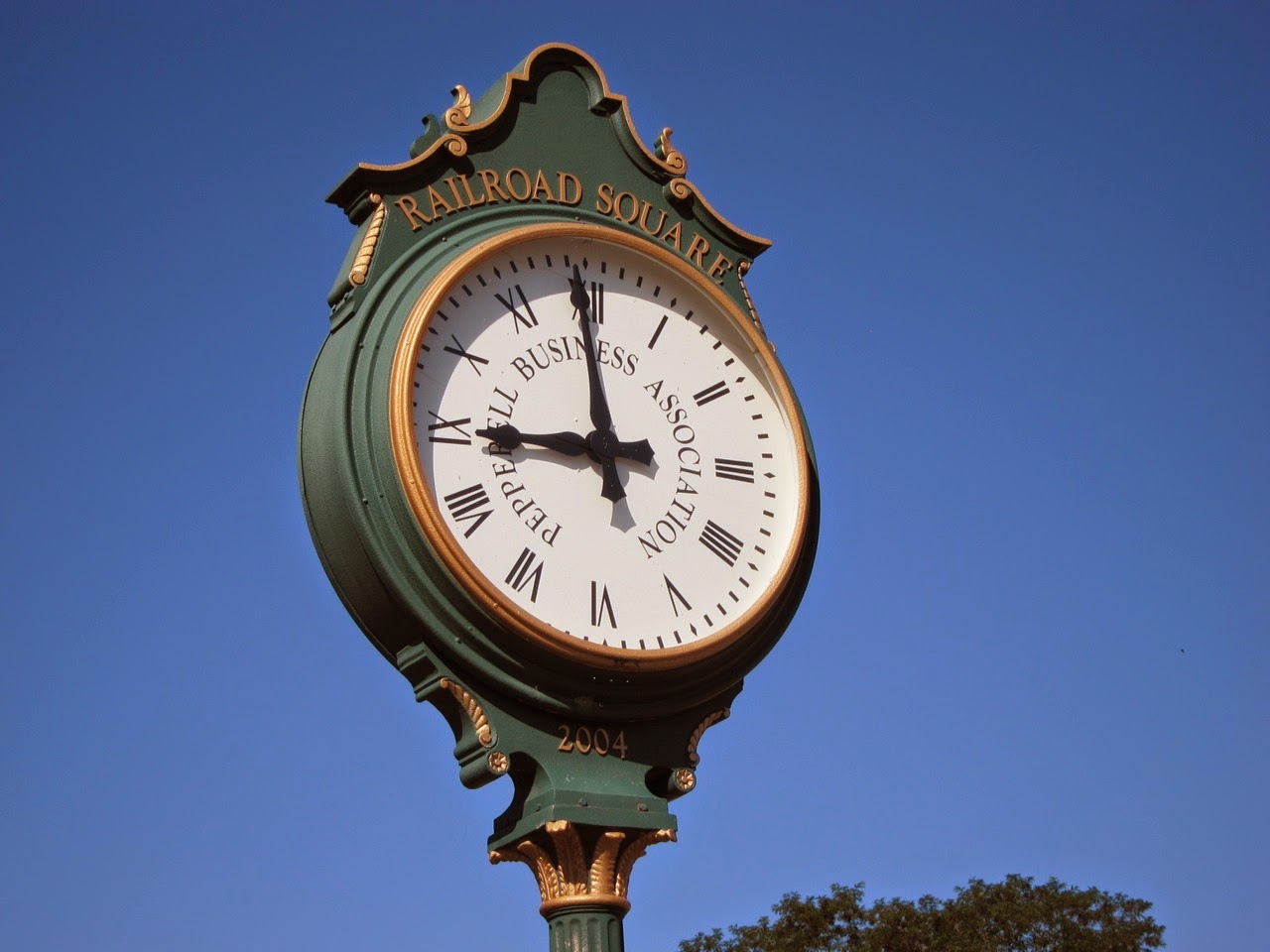 It's almost 9AM in Pepperell, about halfway along the route. 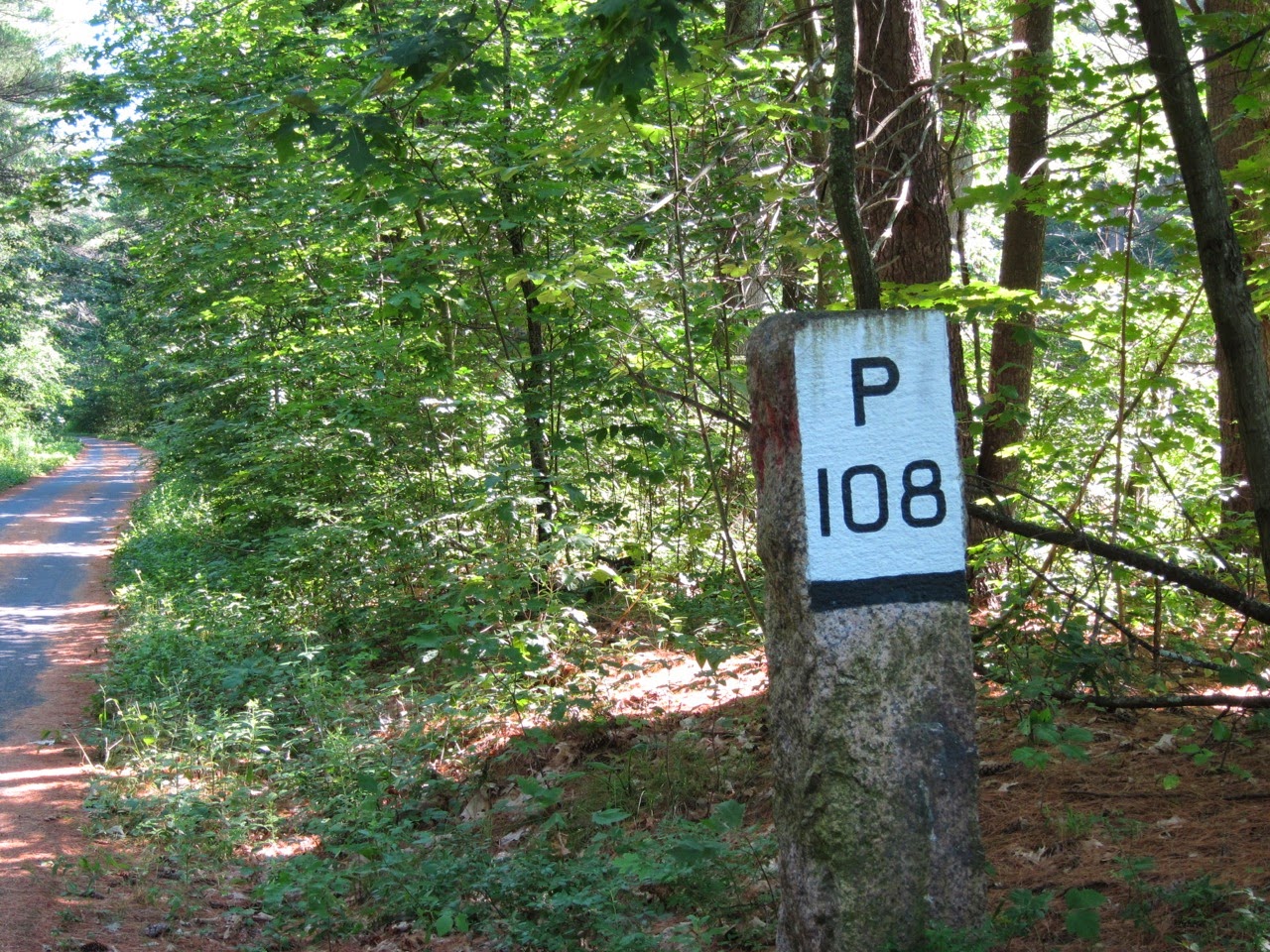 According to the marker, it would have been 108 miles to Portland, Maine by way of the tracks that aren't there any more. 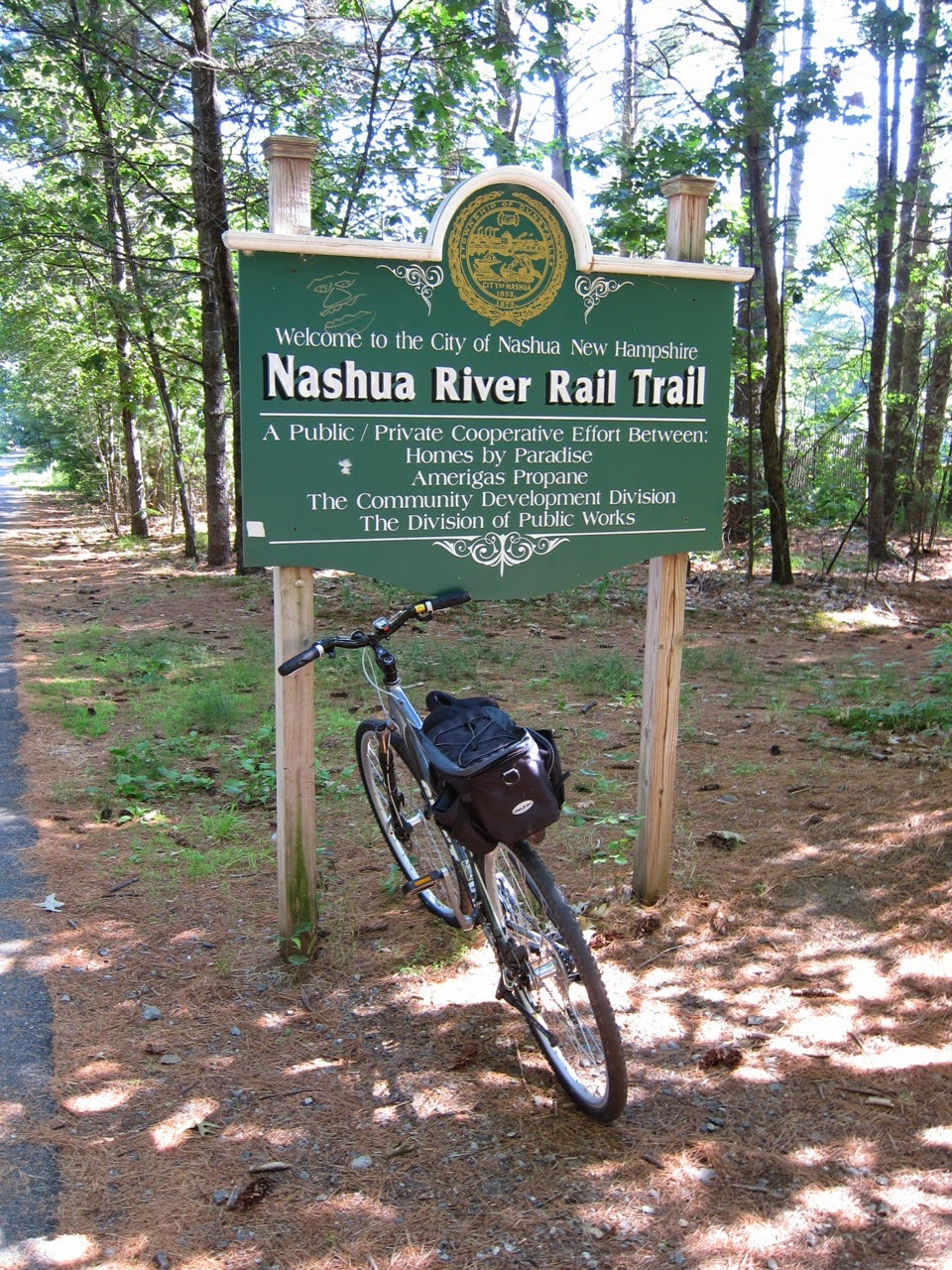 Most bike paths don't offer the small geographic thrill of crossing a state line, but this one does.  There's just over another mile of trail after this welcome to the City of Nashua, New Hampshire, ending at a parking area. 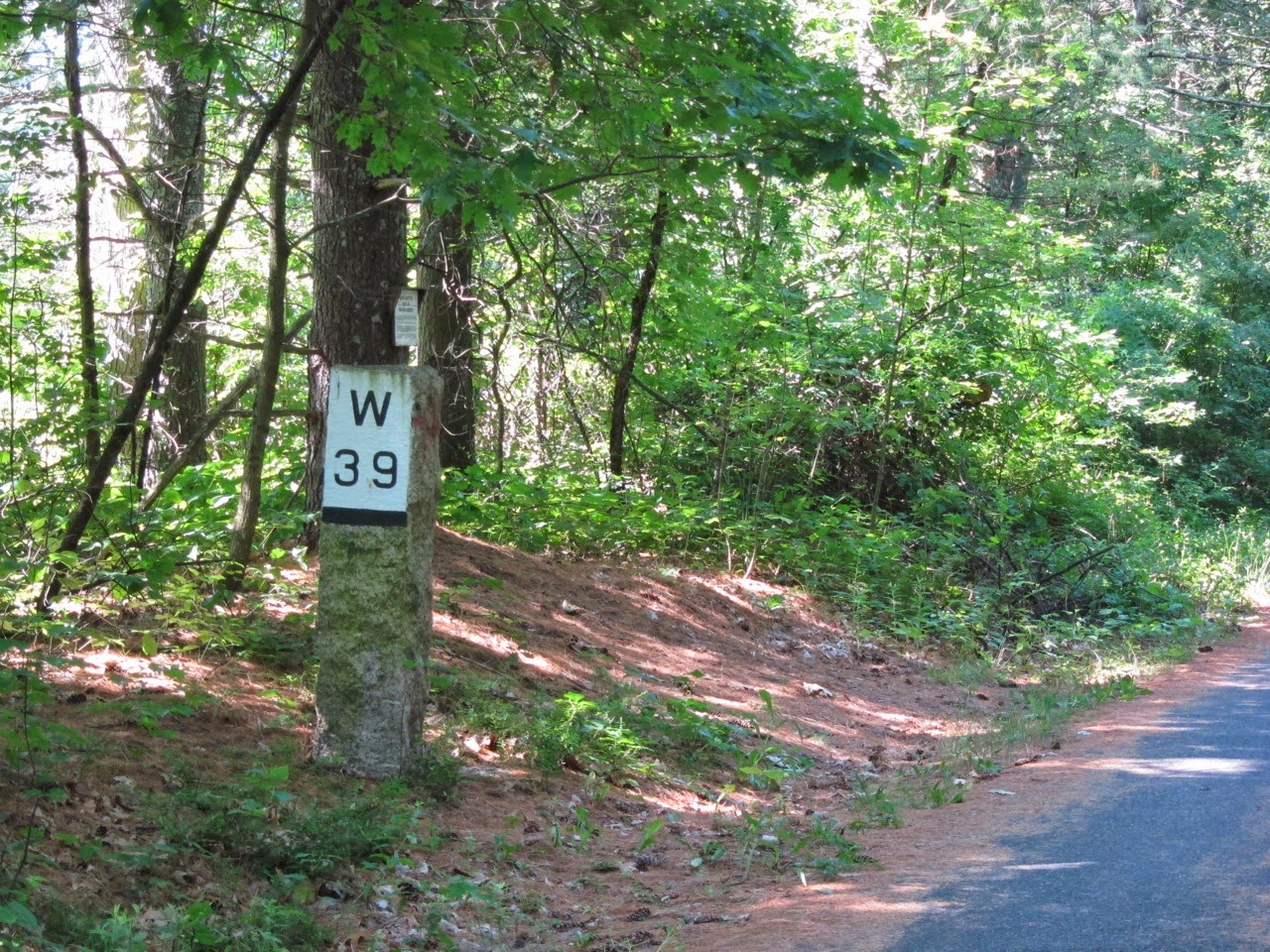 It would have been 39 miles to Worcester, Massachusetts from this point, which is the same marker as seen before, but viewed from the other direction. 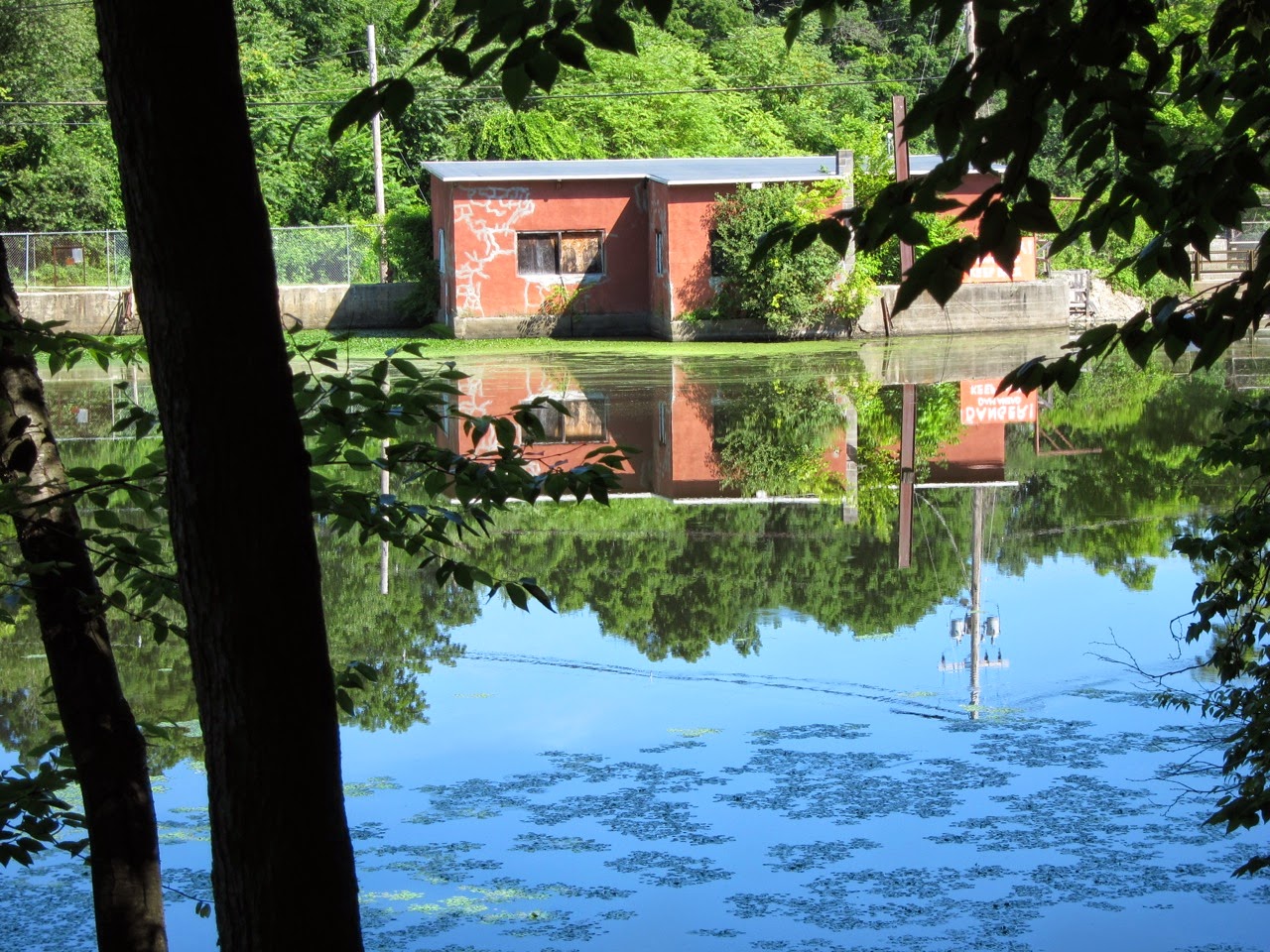 The Nashua River is dammed (that's dammed with an "m") just beyond this point.  The trail has many more water views enroute, like this one. 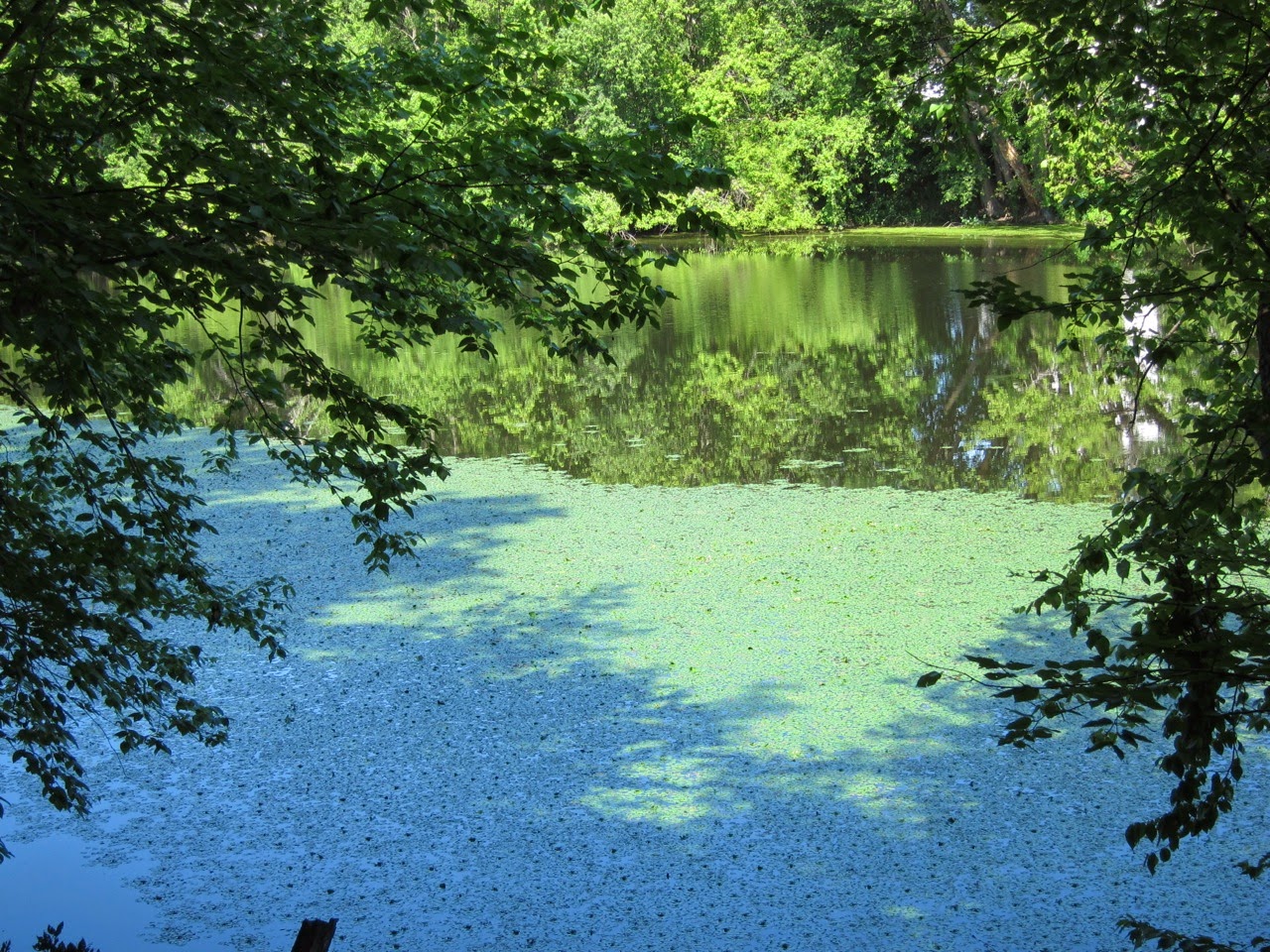 Back to the starting point, just over 18 miles roundtrip. 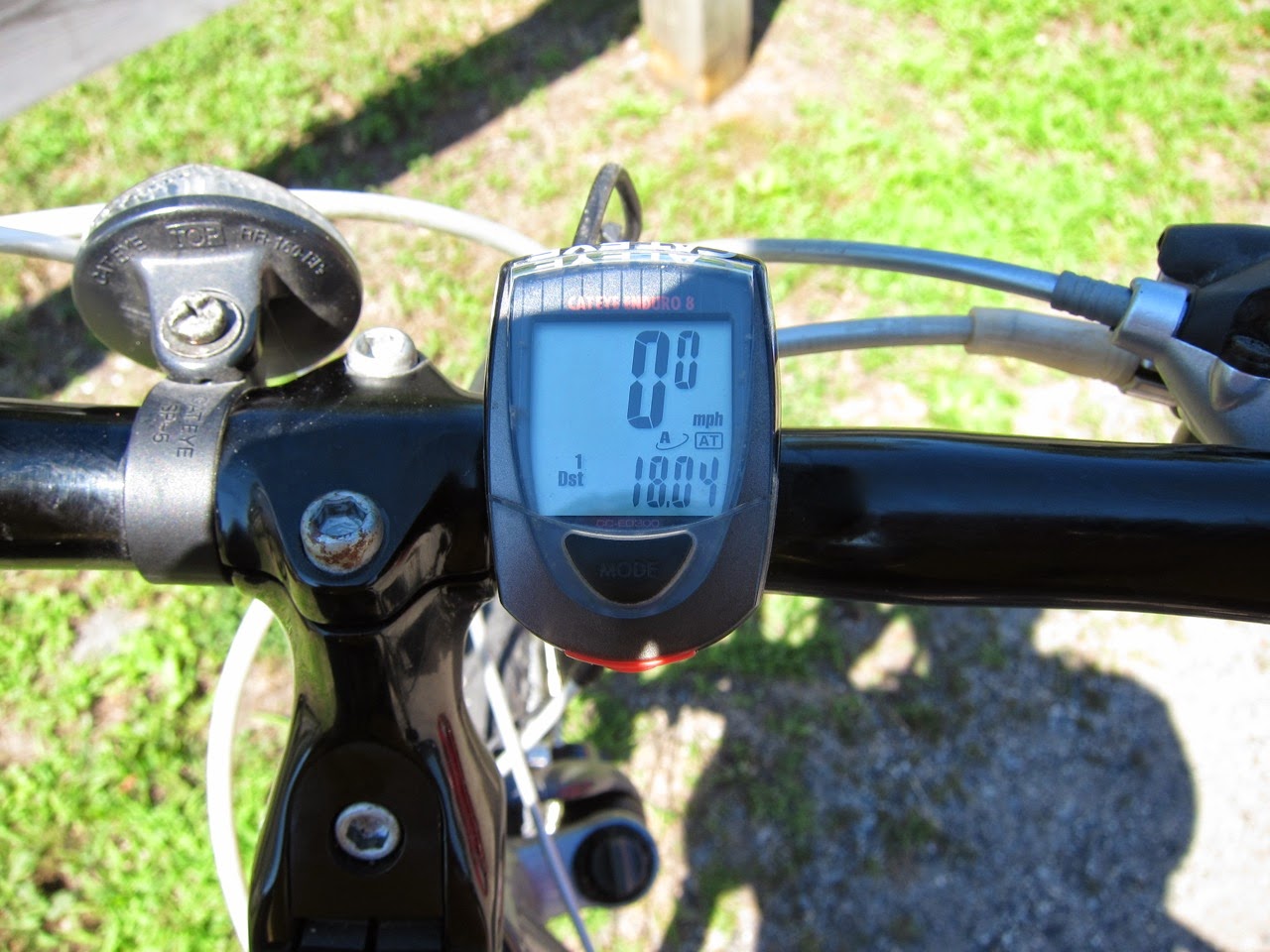 Not especially quickly, but that wasn't the point.  It was good to ride again.  I'll be back.


As often, I liked this story from The Register - particularly the last line.
Posted by jl at 8:57 AM No comments:

We've been sifting and organizing large numbers and volumes of items that we've accumulated over the years.  It's a satisfying process, and it's definitely becoming easier to find things when they're desired. Among other discoveries, we've come across various caches of things that we've collected in a piecemeal fashion, anticipating that they'd be useful or needed sooner or later or when we couldn't find them at an early glance. A representative list of some things that we may never again need to purchase within our lifetimes follows:

Looking these over, I see how the need for many of them has diminished along with the use and posting of paper, but it's still nice to be able to do that conveniently and effectively when the occasion calls for it.
Posted by jl at 12:57 PM No comments:

Lots of snow in New England this season. No massive storms, but lots of cold and a number of accumulations in the 6-12" range.  I took this picture a couple of weeks ago after a round of re-clearing a few paths, including this one leading to a pair of bird feeders. There's been melting and settling since, but the snowpack depth at the time was about two feet, which seems substantial but nothing compared to colonial times when (if I recall cited reports correctly, and they weren't exaggerated) settlers sometimes needed to tunnel to their farms' outbuildings in the winter. 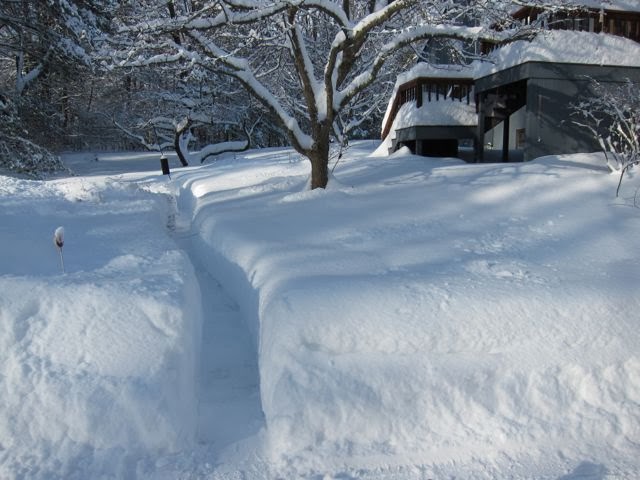 We've been rewarded for our feeder maintenance through the season by a variety of small woodpeckers and, in recent weeks, by many bluebirds like this one. 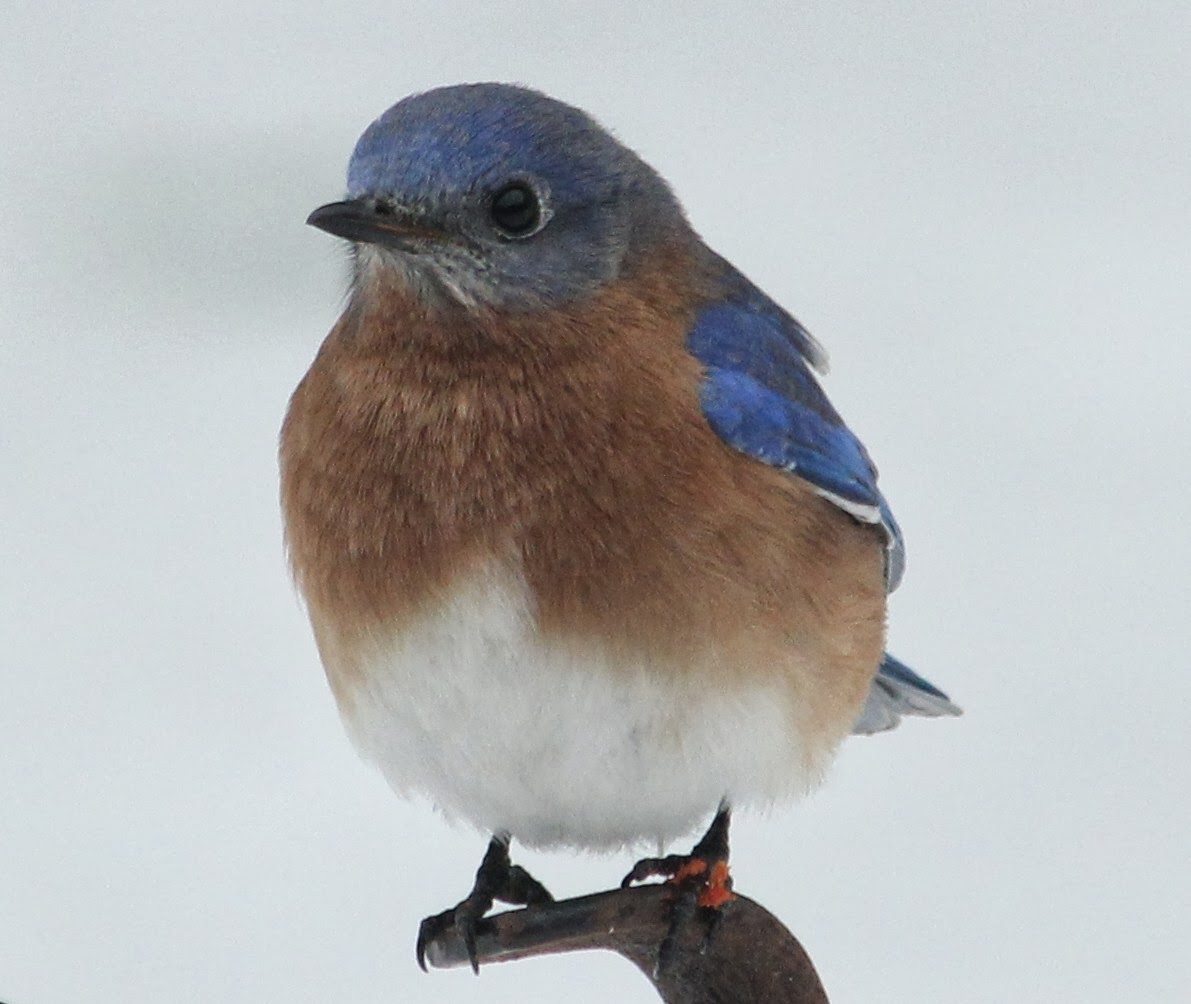 I shared in a teachable security experience moment at home the other day. Ms. Context had recently had an eye exam and needed a copy of her prescription to get a new pair of glasses. She called the doctor’s office; no problem, they said: we can email it to you.  This seemed quick and convenient. The “fun” started with a subsequent message in her inbox bearing an unexpected and, er, cryptic and concise title something like “encrypt”.  Recognizing the from address as corresponding to the doctor’s office (rather than a malware sender who might have sought to tempt with the same title), we continued. We registered an account with the proffered email encryption service provider, creating a password that will probably never have an occasion to be reused, also answering familiar life questions. After a few minutes, we successfully obtained and extracted the prescription-bearing PDF, free to email to an optician.

Ms. Context found these hoops frustrating; other patients might just have given up and waited for postal mail. As a security technologist, I could understand the rationale for encrypting the email; we’re dealing with a patient’s medical data here, after all, where privacy is fundamental and HIPAA regulations speak loudly to healthcare providers.  I’ve also had a hand in supporting the concept of Internet email encryption since the pre-Web era, as via this RFC. Nonetheless, it was hard to see that the balance of cost and inconvenient processing vs. tangible benefit clearly added up in this particular case.  What’s the actual threat?  It doesn’t seem likely that an attacker would find much value in intercepting email to become able to obtain a pair of glasses that probably wouldn’t match their own eyes.  There might be cases where people wouldn’t want specifics of their vision revealed (maybe if they’re approaching the limits of visual acuity required for a driver’s license?); while conceivable, these also seem fairly unusual.  I don’t know if or how the decryption service’s design might or might not expose protected data to insiders there, but that could become another threat to evaluate in the overall picture that wouldn’t arise if the service weren’t involved.

Security policies are normally and appropriately conservative, and medical offices should certainly be careful when storing and sending patient data.  (I’ll also recommend dialing carefully when using fax machines, but that’s another topic.)  For this example, though, many or most patients might not consider this piece of their data as particularly sensitive (vs., e.g., prescribed medications they may be taking). Security methods should be effective and also convenient to use, but instead seemed burdensome in this case. I wish (and continue to believe that) the technology could become easier to apply, so users’ data could be protected as usual practice.  Where we stand, though, it can often be much easier to see and resent the tangible annoyances that security methods impose than to value the more amorphous benefits that they’re meant to offer.
Posted by jl at 8:22 PM No comments: 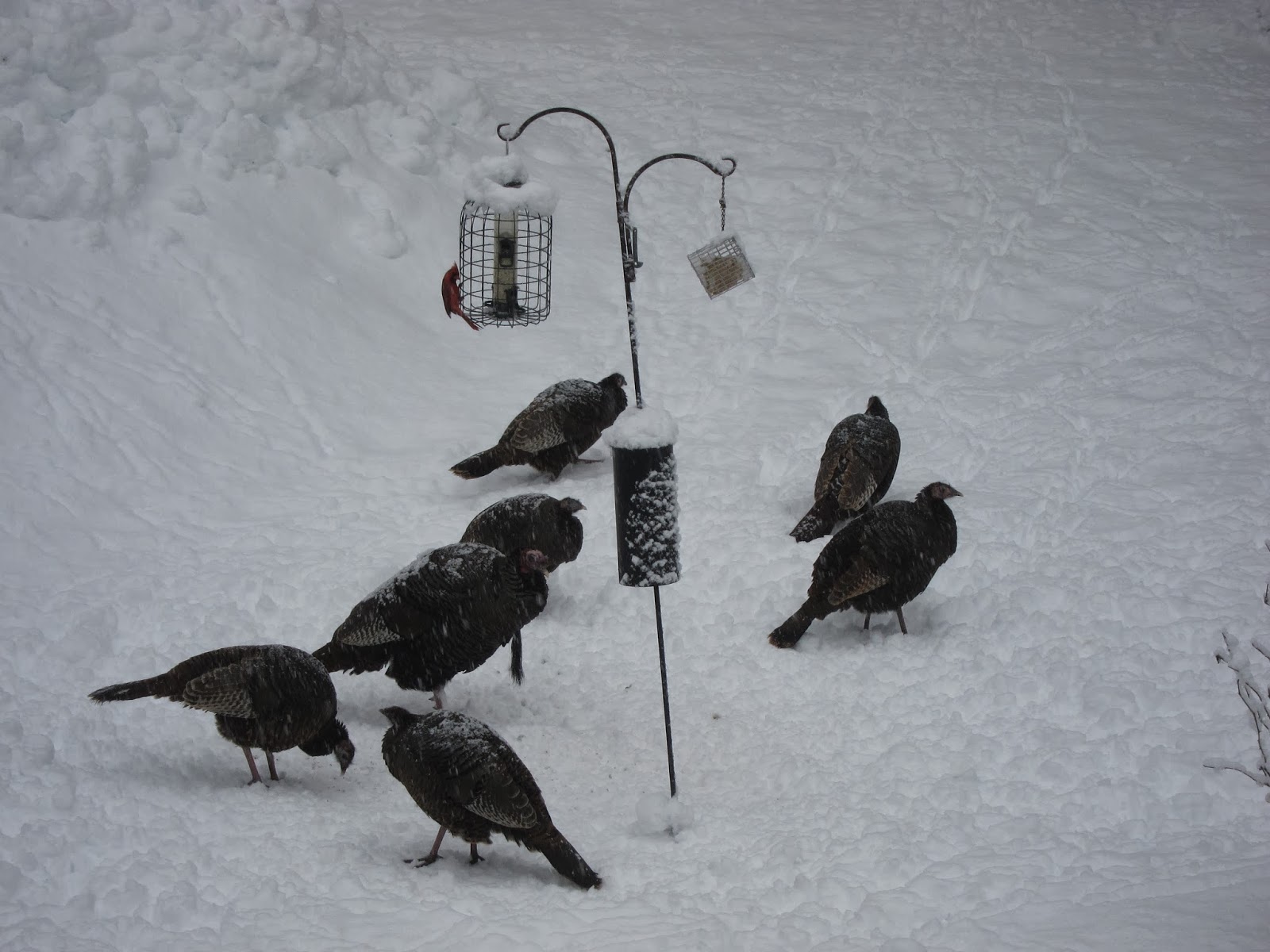 Window view this morning. I think the turkeys look positively prehistoric.  It's notable that the small cardinal is the only bird getting at feeder seed directly, while the larger beasts below are exploring for leftovers in the snow.  I wouldn't think that the thin, light feeder hanger would be much of a match for turkey power applied effectively, but strategy doesn't seem like their strongest point.
Posted by jl at 9:20 AM No comments: