Within the last few weeks, the greater Boston area has received a record-breaking amount of snowfall from a series of storms. As part of a larger ongoing project, I've been collecting pictures from the observation tower at the Great Meadows National Wildlife Refuge in Concord, MA around the seasons.  I thought this series, showing the effect as the snow continued to accumulate, was interesting to observe.  First, on 21 January before the series of storms began: 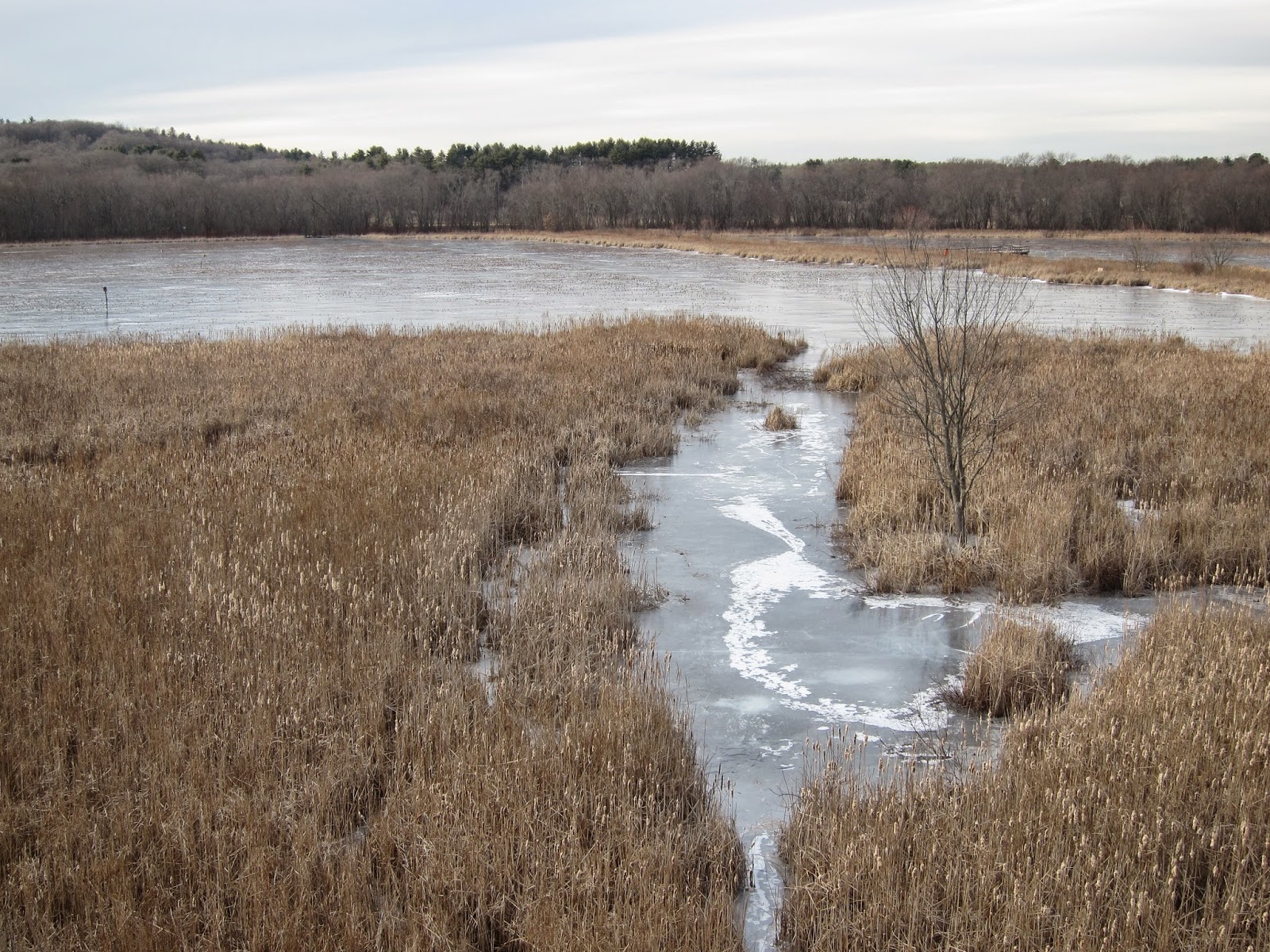 Next, on 26 January following about 8 inches of snow around the 24th: 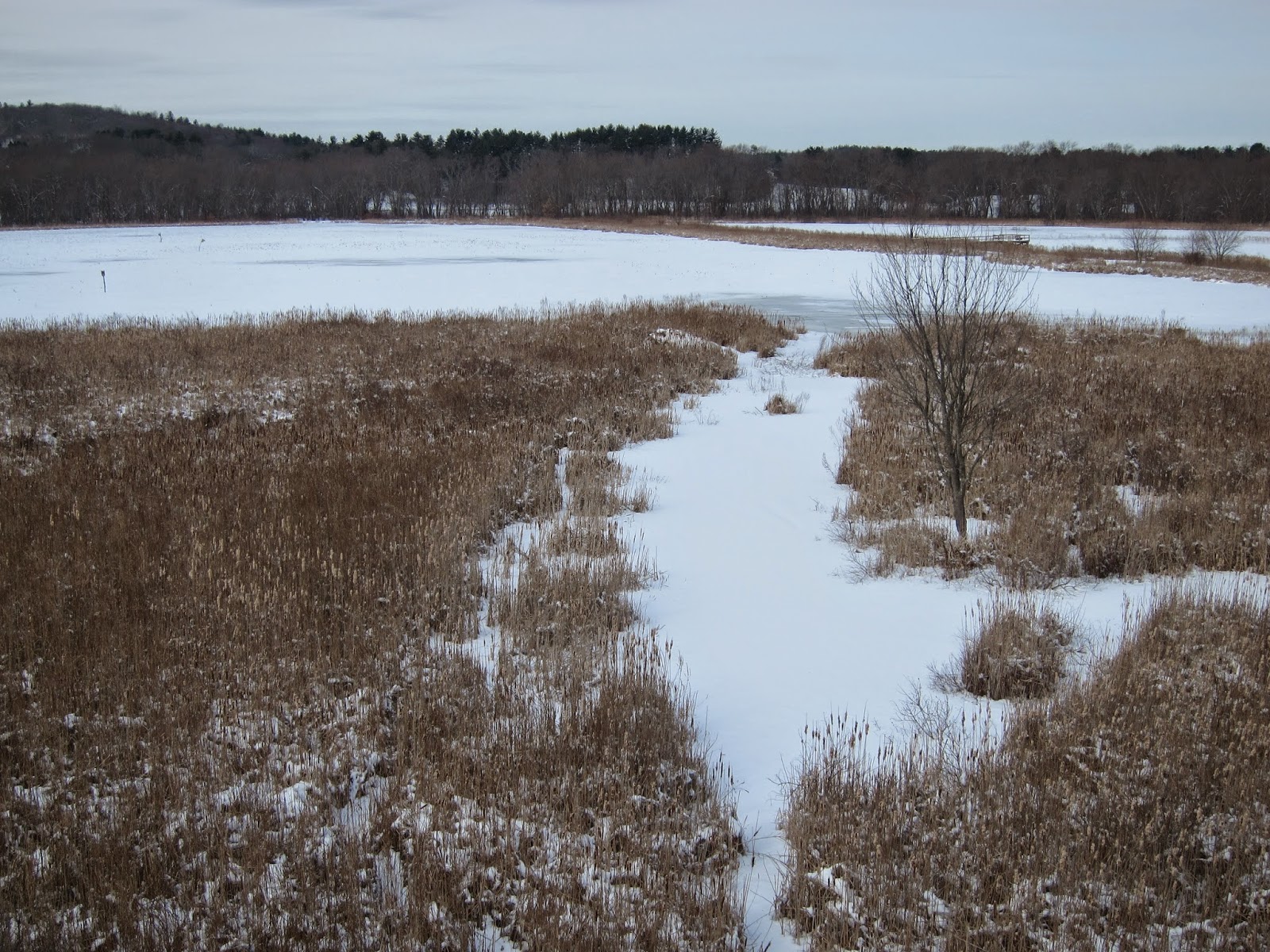 And on 1 February, after perhaps over 30 more inches on the 26th-27th of January: 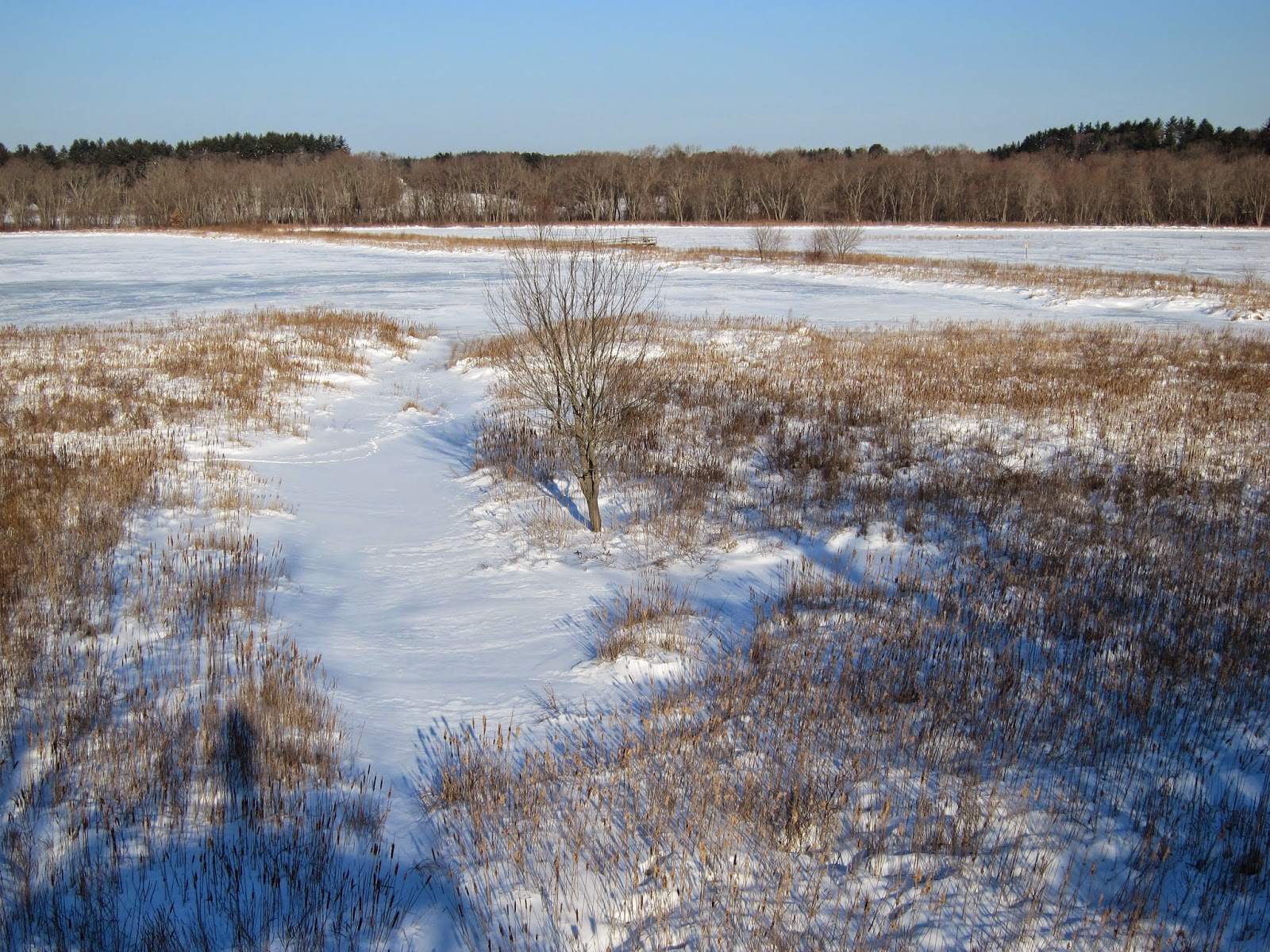 On 6 February, following about another 13 inches on the 2nd and 2 more on the 5th: 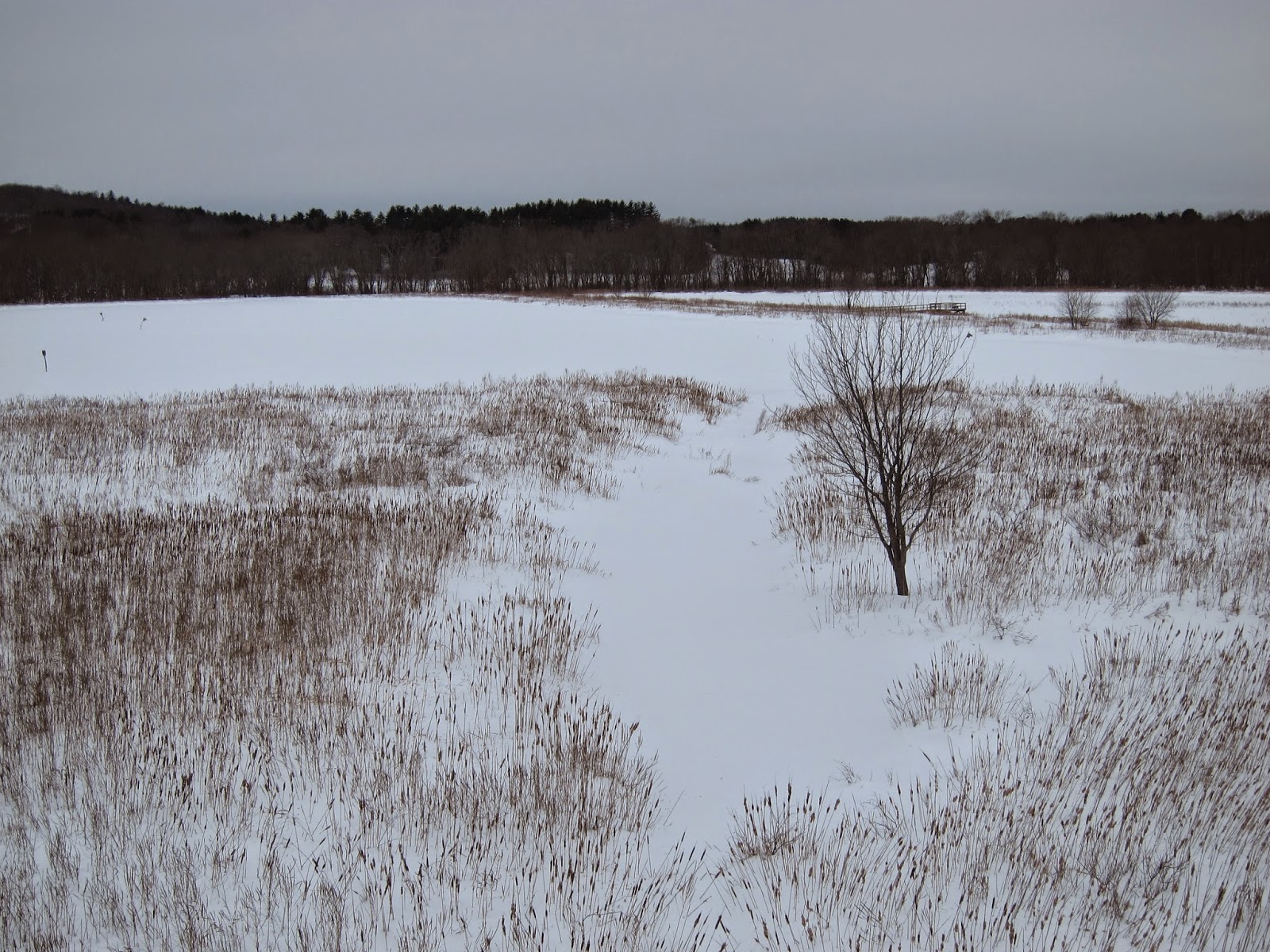 On 11 February, after about another 14 inches on the 9th: 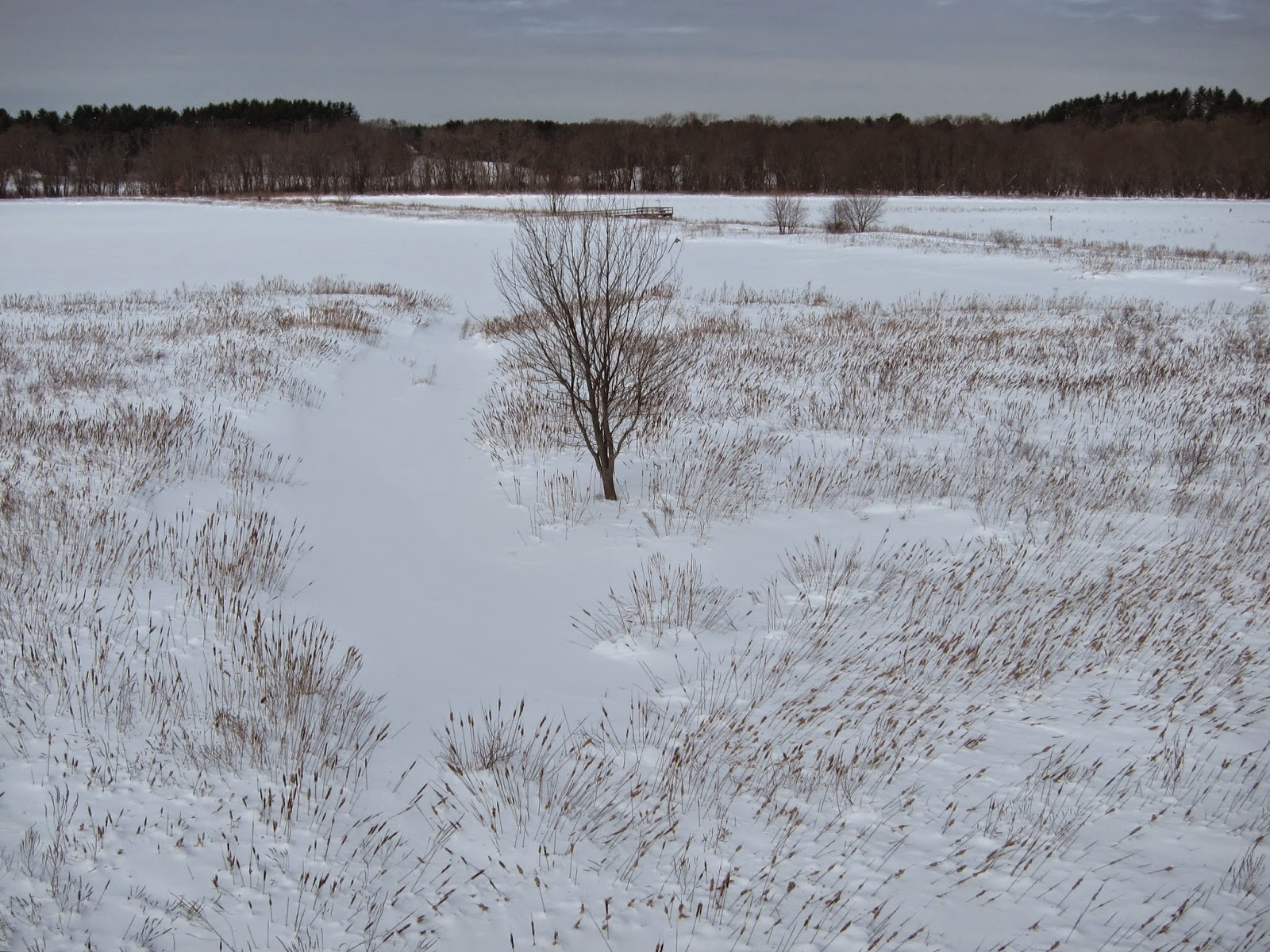 Once it starts to thaw, I expect it'll take quite a while to unwind the accumulation.  Hat tip to the NWS Boston Significant Weather Archive page for convenient access to records; I've applied some guesswork in response to some apparent notable differences appearing between values recorded among nearby towns. In any case, it's been quite a transition to observe over less than a month.
Posted by jl at 9:08 PM 1 comment:

I hadn't touched homebuilt electronics extensively since the 1970s, when I'd built a microprogrammed central processor named Irving among other projects, and was intrigued with the idea of wiring together some newer components.  I thought a Raspberry Pi kit would be a good basis for experiments, and am now exploring its possibilities. I was pleased to be able to hook it up to a numeric display module that I'd had in a box for nearly 40 years, to see the display illuminate, patch 8 bits' worth of output connections, and write and download the Python code to make its numbers count.  And, yes, 377 wraps around to 000; I waited to watch that.  There's nothing like a table sprawled with wires and pieces that, collectively, do something. 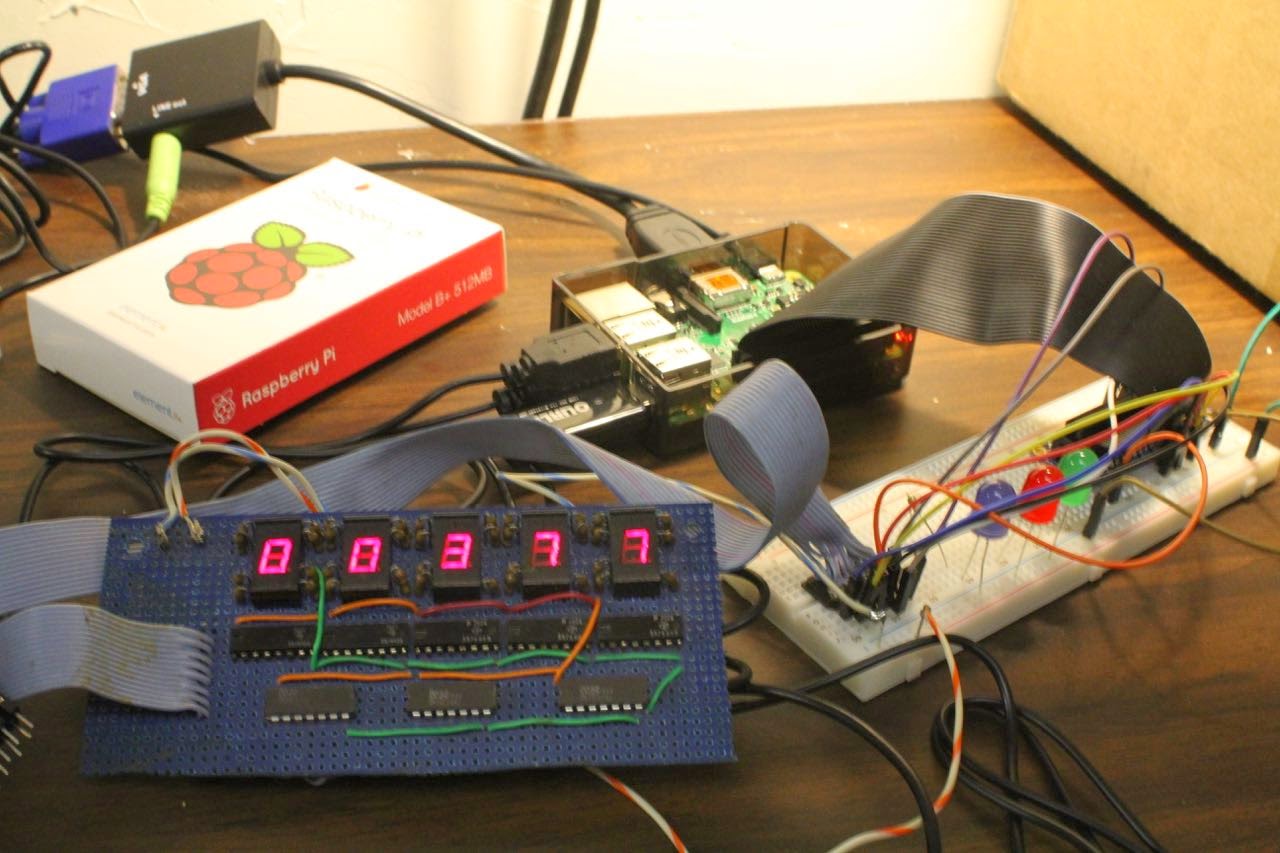