Snow and a Pileated bonus

New England received a major blizzard this week (though it largely bypassed NYC despite forecasts as models diverged), and we found ourselves in the 30"+ zone.  I dutifully excavated a path through the waist-high white expanse to refill the bird feeder: 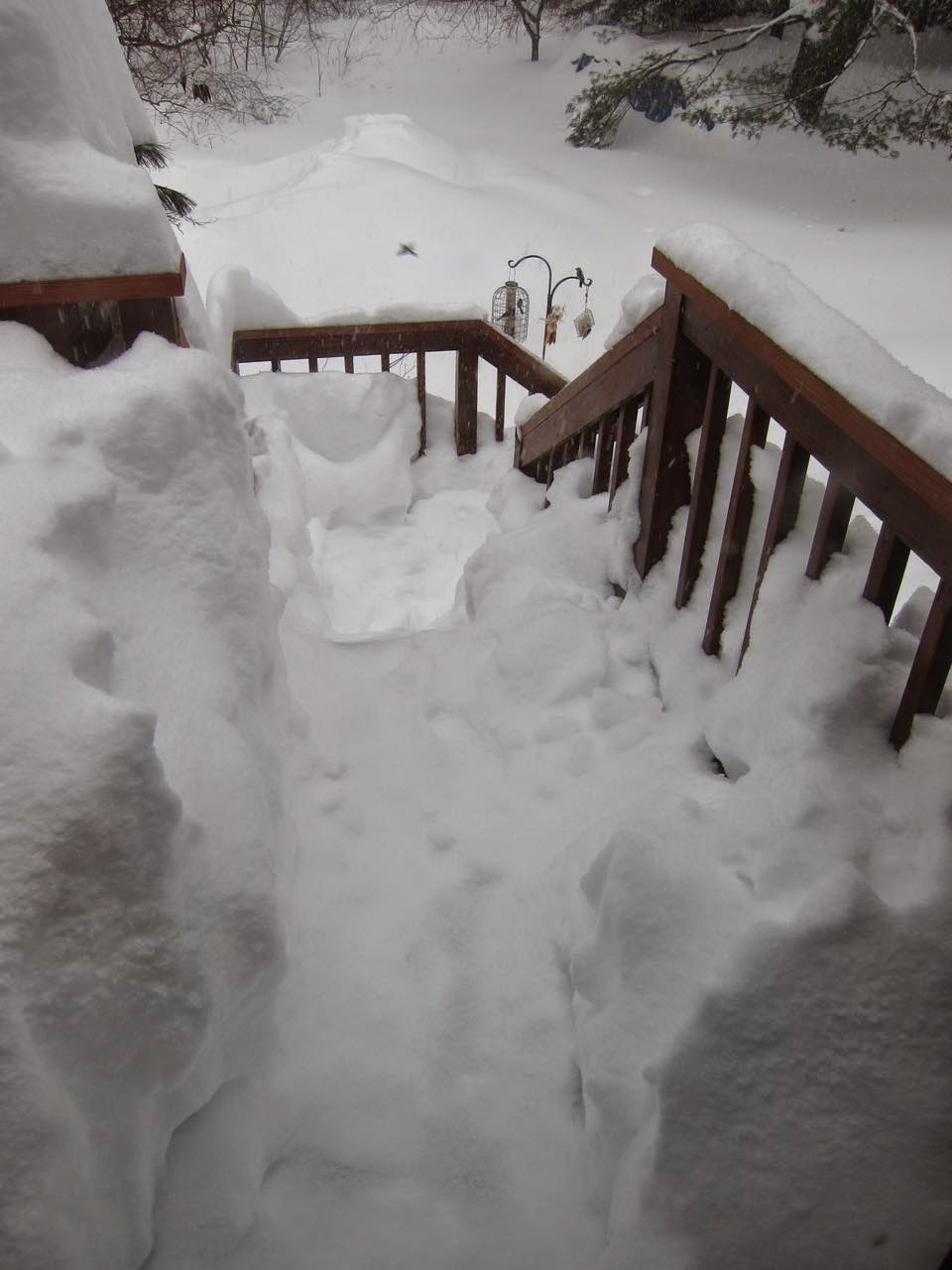 I got a nice view of a non-feeder bird today, hard at work during a smaller snowfall: 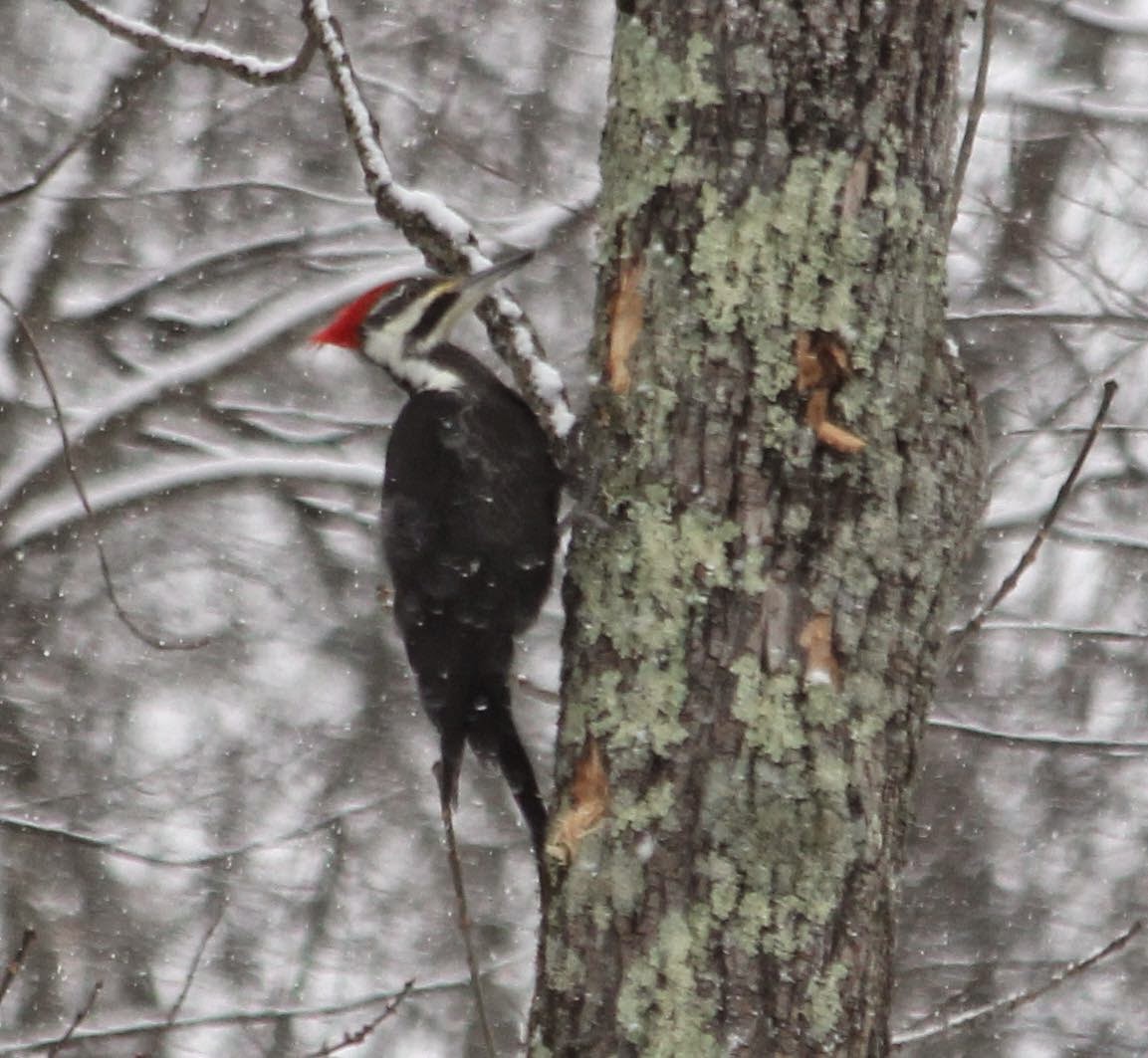 I've always found the sight of a Pileated Woodpecker impressive, though they've often been easier to hear than see.  From the appearance, though, this tree seems to be a motivating target, so maybe there will be more chances upcoming.
Posted by jl at 1:46 PM